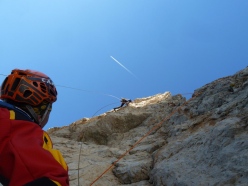 Established in late autumn and early winter - from 2005 onwards - to avoid rocks falling onto the famous Bocchette via ferrata and the Via Normale, Via Ladri now offers cleaned rock, beautiful in most parts, with the final pitches breaching outstanding rock.

Via Ladri starts circa 200m to the left of Via Normale.

Follow a series of cracks which split the face and head towards the overhanging area to theledge used by the route Stenico Navasa located above the obvious triangular roof. Fromher proceed diagonally rightwards to the left of the route Fox Stenico. Breach the overhangs fromright to left (crux). Another pitch leads to the summit.

Bolts at belays, two 8mm bolts along the pitches, all pegs left in-situ as well as some nuts.

A particular thanks to those who accompanied me: L. Mathis, A. Grisenti, r. Predotti.

COMMENTS for the route "Via Ladri"

No comments found for Via Ladri 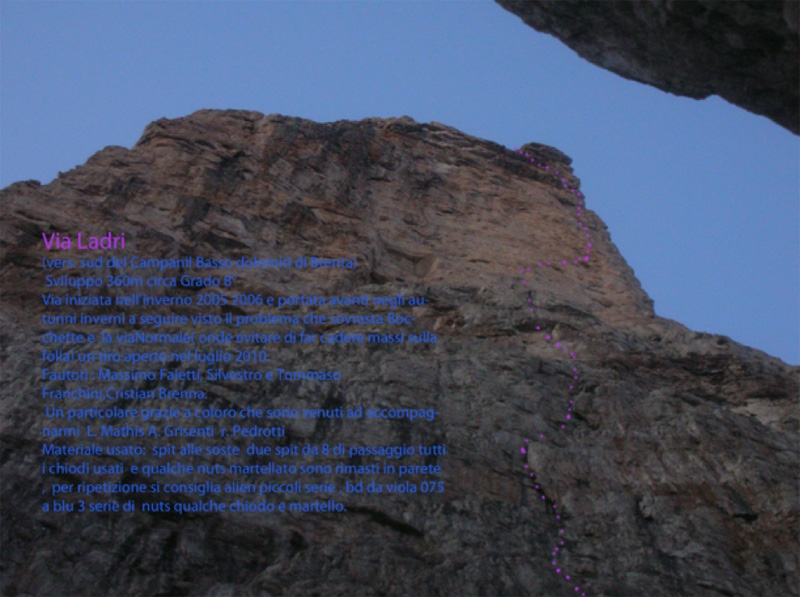