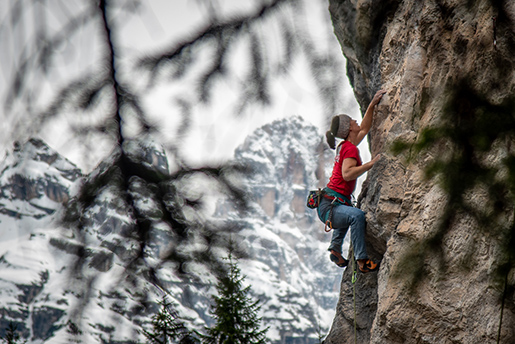 Landro Classica is the oldest crag in the Höhlensteintal, developed back in the 1980's in particular by local climbed Kurt Stauder and his friends. With grades ranging from 4b to 8b+, a short approach and a huge choice of routes, this is always a highly popular

It's interesting to note that Stauder was a strong climber and mountain guide who, back in the day, had climbed with Wolfgang Güllich. At the time the German powerhouse had already climbed several 8a's and since Stauder recognised that Güllich was a far better climber, he graded his hardest routes no harder than 7c. Nowadays some of those early creations are considered solid 8a+...

From Toblach/Dobbiaco take the road to Cortina. Follow this road for several kilometers, pass up the view of the Three Peaks and keep going until you reach the Dürrensee/Lago di Landro lake. You can park the car at the parking lot located a few hundred meters after the lake on the left side.
Approach: Across the street from the parking lot, there is a path that leads to the different sectors.

All the crags in the Landro Valley are located in the Natural park (Tre Cime - Dolomiti di Braies). Please respect the following simple guidelines!
- Do not leave any rubbish at the crags or on the paths. This also applies to cigarette butts!
- Camping and lighting fires in the park is forbidden.
- Be respectful towards nature in general.
- Human waste: if you need to poop, leave no trace. 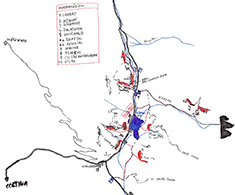