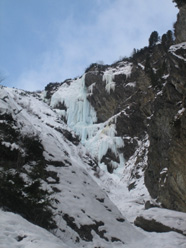 Monsterline is a long and demanding icefall. After a 'warm-up' on the first two pitches the monster awaits on the upper section with continues vertical climbing.The route owes its name to this upper section: the gigantic ice formation, almost always vertical, really does look like a monster on closer inspection. Those who want to beat this beast have to prepare for battle!

Drive into the Pitztal past St. Leonhard and on to Weiler Weixmannstall. The icefall springs into view high on the right circa 200m meters before the Weixmannstall.

From Weixmannstall in 45 minutes to the base of the route. After the first two pitches scramble 200m upwards to the upper section of the monster.

Abseil down the route, downc limb gullies in the upper section.

COMMENTS for the route "Monsterline"

No comments found for Monsterline 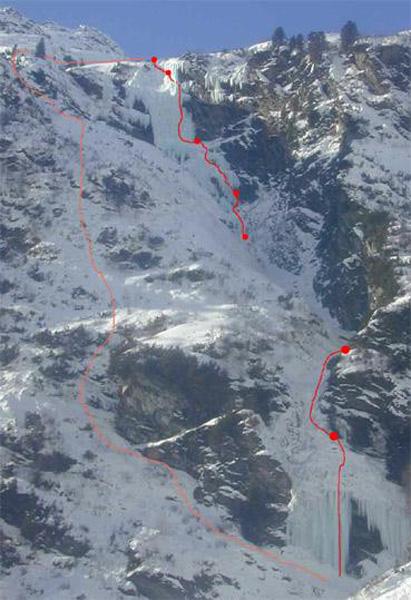