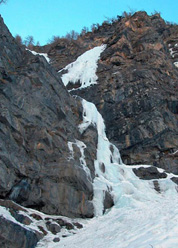 Ice Pocalypse is the streak located in a sort of gully on the extreme left of the Tete de Gramusat. It shares the same start as Happy Together, then breaks of left when this divides into two. Pocalypse is normally climbed in three short pitches with some vertical sections.

From the car cark continue on foot along the road to beneath the unmistakable Tete de Gramusat. Calculate circa 1 hour, less if poor snow conditions enable you to drive further. The route can be seen from the road and is reached by ascending the steep rib. Walk-in: 1 hour 15 minutes.

COMMENTS for the route "Ice Pocalypse"

No comments found for Ice Pocalypse 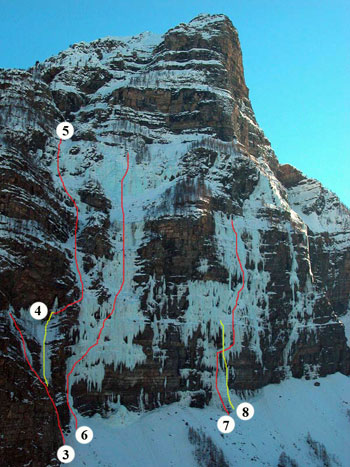