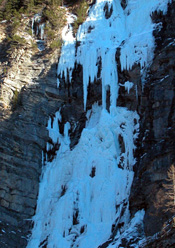 Splendid drip located opposite Les Viollins. Generally climbed in 4 pitches, first up a wide varied sheet, then a beautiful free-standing drip and finally up an easier and less exposed streak. Every now and then another parallel drip forms on pitch 3, this is more slender and harder at III/6.

Park in the bay (Les Bellons) just before Les Viollins, then descend to River Biaysse. Cross this on a make-shift bridge then walk up the steep slope to the start of the drip. Walk-in: 30 minutes

Abseil descent. Bolt belay behind the ice drip and at the top to the right. 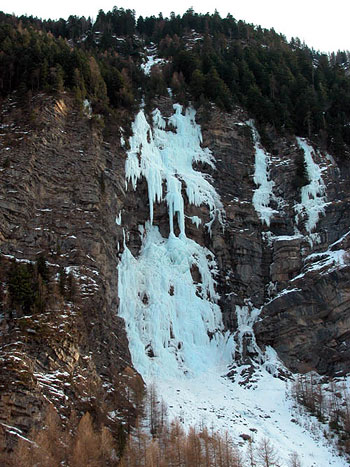