OTHER PHOTOS BY PHOTOGRAPHER >> 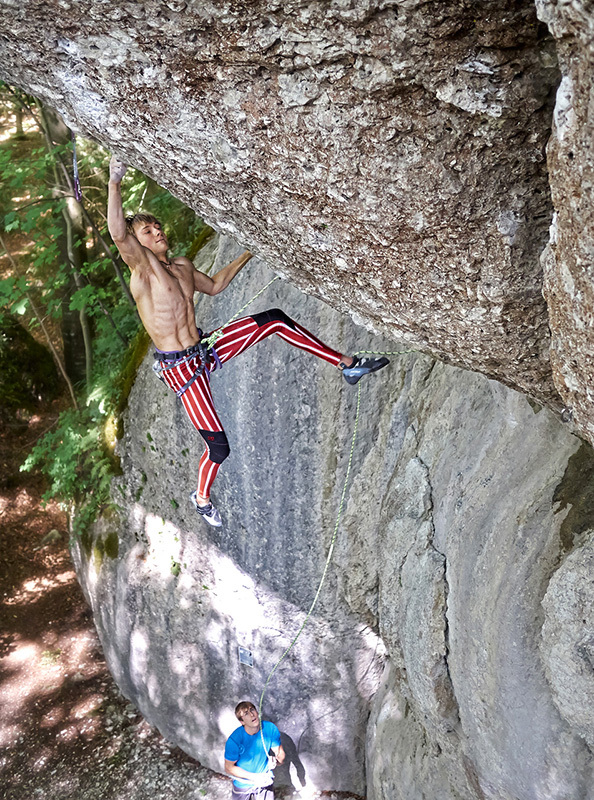 The film Rotpunkt featuring Alexander Megos; a portrait of the German climber and a look into the history of free climbing including the likes of Kurt Albert and Wolfgang Güllich.

Alexander Megos 9a+ sends from Austria to Ceüse

German climber Alexander Megos has made fast ascents of three 9a+ sports climbs: Jungle Boogie at Ceuse in France, Companion of Change in Austria’s Zillertal and Clash of the Titans at Götterwandl.

Alexander Megos claims second 9a onsight with TCT at Gravere

Interview with Alexander Megos who on Sunday, May 21, 2017 at Gravere in Italy managed to onsight the 9a sport climb TCT. This is the German’s second 9a onsight after the historic world’s first 9a onsight in 2013.

At Ravens Crag cliff in Canada German climber Alexander Megos has made the first ascent of Fightclub. Graded 9b, this is the hardest sport climb in the country.

The Rock Master Festival 2014 kicks off on Thursday 28 August with an intense four day line-up: Lead, Boulder, Paraclimbing Cup, Speed World Cup and the Arco Rock Legends Award. The Festival then continues from 4 - 7 September with the Rock Junior competition and the IFSC European Youth Bouldering Championships.