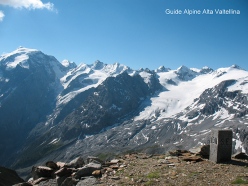 This is a beautiful and simple walk that winds its way first through Valtellina to then continue through the South Tyrol to reach the summit of Cima Rosa, also known as Rotlspitz, located in Swiss territory. The walk is very interesting because it visits places that were the scene of the First World War.

After a few minutes it reaches the characteristic Rifugio Garibaldi; shaped like a miniature castle, this hut is situated at 2838m on Cima Garibaldi, also called Dreisprachenspitze (the mountain of three Languages. The Garibaldi hut is located close to the borders of the Italian province of Sondrio, of Bolzano (formerly Austria) and the Swiss Canton of Grisons and was built in the 1960's close to the ruins of an old Swiss hotel bombed during the First World War (1915-1918); the hotel was shelled all the way from Forte Venini at Oga in Valdisotto, 11 km as the crow flies and at an altitude of 1200m. 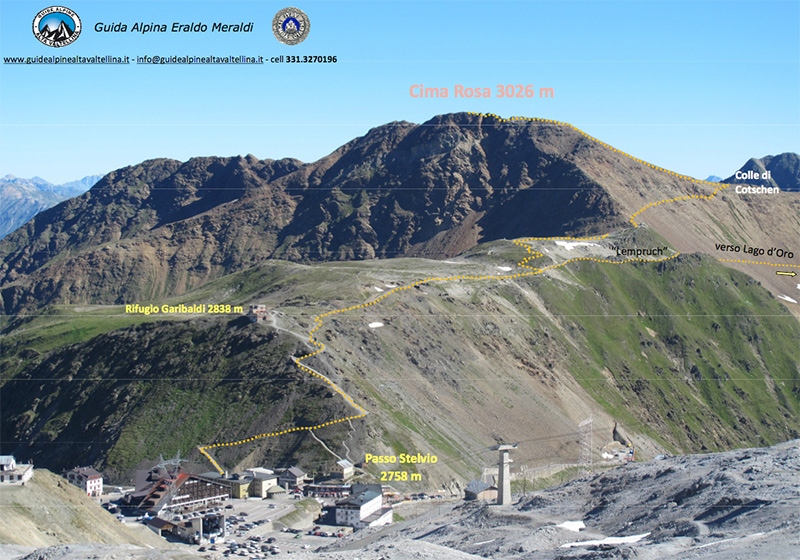 From June to the end of October