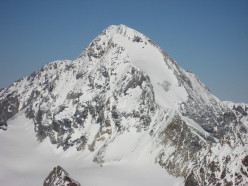 Königsspitze in German, Gran Zebrù in Italian, this attractive, fascinating pyramid is the most beautiful mountain in the area. And, understandably, one of the coveted ascents for every self-respecting ski mountaineer as the sweeping views from north to south fill every alpinist's heart with joy. The mountain was first climbed by E.H. and E.N. Buxton and F.F. Tuckett together with Franz Biener and Christian Michel on August 3, 1864 via the Valle di Cedec up the Shoulder and SE Ridge. The first winter ascent was carried out by Robert von Lendenfeld, Carl Blodig, Peter Dangl and A. Pinggera on 2 January 1880, while the first ski descent dated back to  was October 1940 thanks to Bormio-based mountain guide and ski instructor Stephen Sertorelli. Sertorelli, who took part in the 1936 Winter Olympic Games at Garmisch-Partenkirchen, skied from the summit to the base of the face in just three minutes... with skis which were 2.30m long, had bone-based edges and Kandahar bindings. In his right hand he held an ice axe, in the other hand a ski stick.

COMMENTS for the route "Königsspitze"

No comments found for Königsspitze 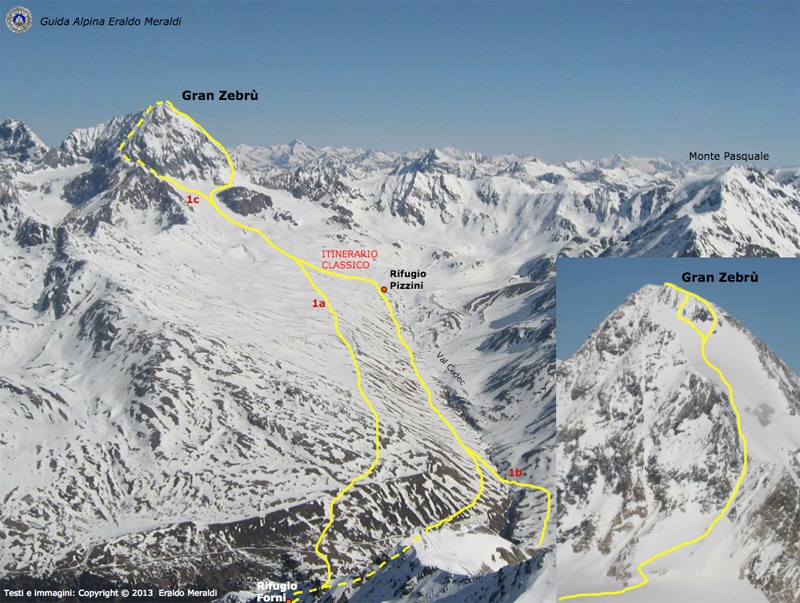 from the start of March to mid May