In mid-June Rolando Larcher and Herman Zanetti made the first ascent of L'uovo di Colombo up Monte Cimo in Val d'Adige. A 200m route that breaches the obvious large roofs with two different options: hard 7c+ and soft 7a+.

The first two pitches share Istantes, marked at the base with #6, the first route to the left of the large corner

From the hard version an abseil is possible, by fixing the rope from belay 3 to belay 4. Attention!
The abseil off the 3rd belay is unforgettable, down into the absolute void.
From the soft version no abseil descent is possible. Either follow the track right, or abseil rightwards to reach the top of the routes (Desiderio Soferto, Otto Bastano, Il Ladro di Baghdad) which ascend lines to the right of the roof. 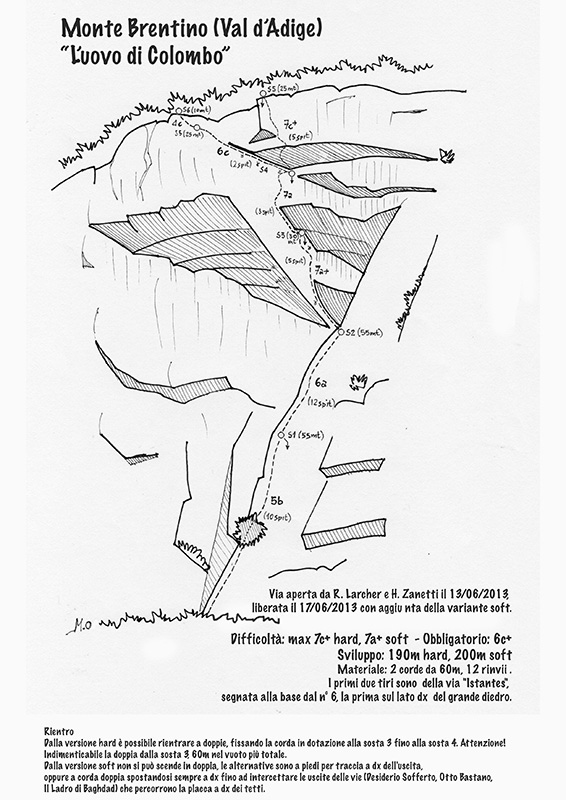