The route climbs the large North Face of Monte Monaco and heads to a large pillar that terminates below the summit on large grassy terraces. Although the difficulties are not extreme, only few bolts were placed during the first ascent meaning that a full set of camming devices and nuts are required. All belays are bolted.

Start circa 20m to the right of the lowest section of the face, directly below two large cracks. All belays are bolted. Take a full set of Camalot camming devices in particular small (C3) and slings. Two 60m half ropes.

Abseil descent: two 25m abseils lead to an anchor 2m to the right of the third last pitch, from here continue on down using the route's belays. 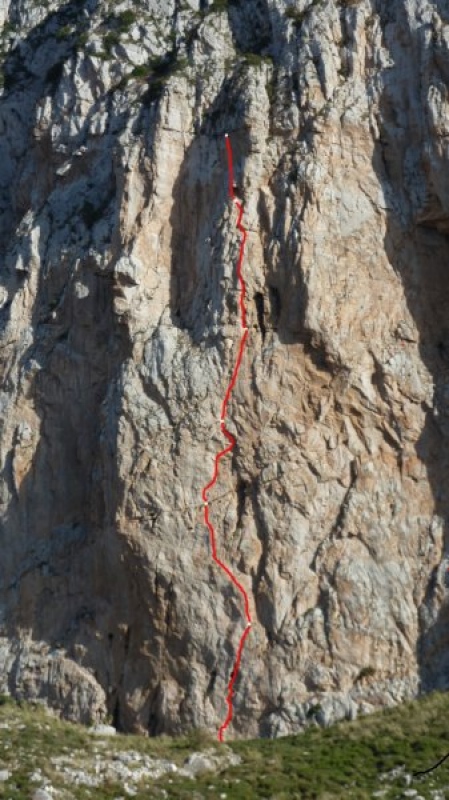