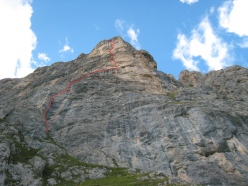 Difficult and exposed climbing leads through the yellow eastern pillar of Cima dell’Auta, nicknamed “Pilastro Parmenide” after the famous philosopher Elea. The first section climbs free a series of slabs to the base ledge of the rock face, then continues up a yellow crack which shows evident signs of earlier attempts to reach the start of the yellow pillar. Four demanding and exposed aid pitches follow. A crack leads to the top of the pillar and another two easy pitches and a gully lead to the summit ridge. The route was first ascended big wall style, circa 80 pegs were placed, 15 of which (belays and on the pitches) have remained in-situ, along with 5 8mm hand-placed bolts and a 6mm rivet. Many pegs were rendered more thick with wooden pegs. We hope that future ascentionists do not drill any further holds and that they take their pegs away with them so as not to modify the grade of the route.

COMMENTS for the route "Pilastro Parmenide"

No comments found for Pilastro Parmenide 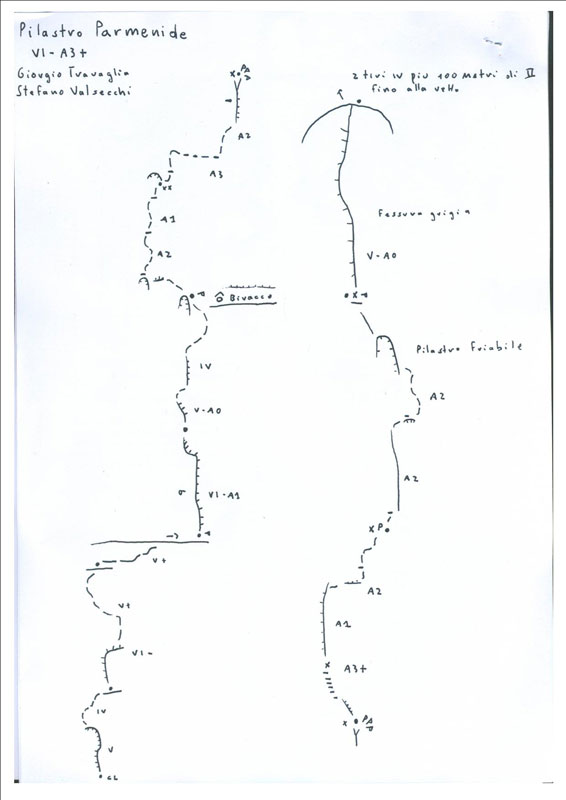