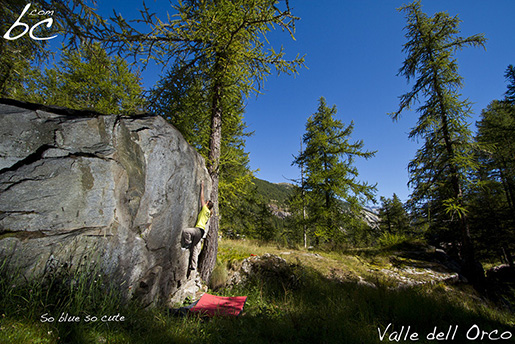 Italy’s splendid Orco Valley, located to the west of Turin, has traditionally been the home to some of the country’s premier trad climbing but beneath its splendid granite rock faces sits some of country’s greatest bouldering potential. With the advent of the first Orcoblocco bouldering meeting in 2014 new sectors were discovered and cleaned and currently there are nine main areas which previously had never been caressed with by chalk-covered fingers. 130 boulders host a total of 350 problems, and these don’t include the historic sector below the Sergent rock face, famous above all for the Fessura Kosterlitz, nor all those gems discovered by Austrian powerhouse Bernd Zangerl.

From Milan
Take the motorway A4 for Turn, leave this at Santhià and head towards Aosta. Exit at Ivrea and continue towards Cuorgnè, then Ceresole Reale following signs for SP 460. 180km, 2:15.

No comments for Valle dell'Orco Boulder 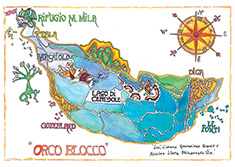 The boulders in Valle Orco are located between 1500 and 1700 meters and face in all directions. The best time of year is from March to October as even in the heat of summer temperatures remain fresh fresh.