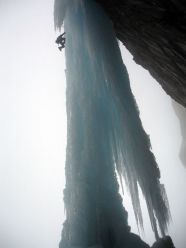 Climb the drip for circa 30m to where it changes angle. Belay in a niche to the left. Continue for a further 30m to reach the narrowest section of the icefall, where a belay is located with peg and bolt.

Reach the Gondoschlucht by driving towards the Simplon Pass which separtes Switzerland from Italy. From the pass drive north into Switzerland, after the first two hairpin bends beneath the Gondo mountain park the car 100m after a short avalanche barrier (small car park before reaching the next avalanche barrier).

Walk to the slope and plants. Walk up this slope, attempting to follow the red markers which lead part the icefalls to the mountain pastures up above. 1 hour circa from the carpark.

60m abseil. Continue down on foot along the line of ascent.

Given the orientation and the relatively low altitude chose cloudy days as from mid-January onwards the sun reaches the icefall. Take care when walking over iced slabs as you reach the icefall. Particular attention required when considering the danger of avalanches on the short slopes which gain access to the icefall.

COMMENTS for the route "La stangata"

No comments found for La stangata 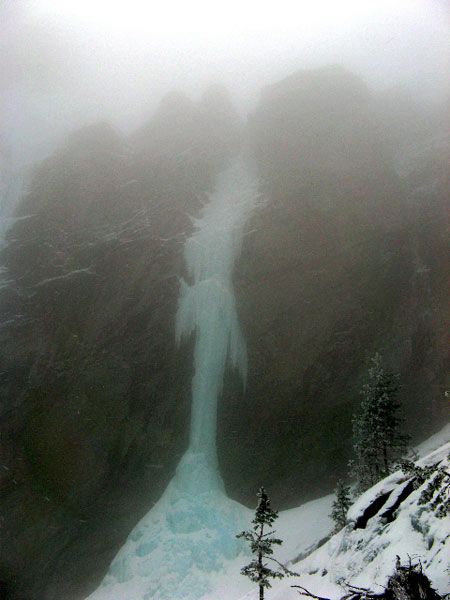