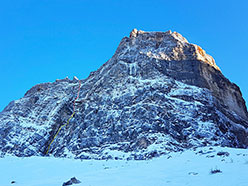 Mixed climb up the north of the Pelmo, established over 2 days. Pelmoon starts up the obvious gully to the right of Forca rossa gully. A bolt on the right gully wall has been placed at the start of the difficulties. The first 300 meters follow easy snow gullies past some mixed terrain and Alpine Ice. The route continues up the logical line of thin ice. All pegs were left in-situ (even if some are not very good). After the fourth difficult pitch it is advisable to take the righthand branch and continue up the line of ice (insitu a belay bolt used during the descent). All belays are equipped with 1 bolt for the descent.

From the Rifugio Citta di Fiume car park, ascend the slopes below the north face of Pelmo and head towards Forca Rossa (the classic ski mountaineering itinerary). The route starts in the obvious snow gully before the entrance to the Forca Rossa col.

Abseil down the route. All belays are equipped with 1 bolt for the descent.

2 x 60m half ropes, a set of Totem cam, double set for mid-sizes. We also used a 3 BD, take rock pegs to back up the pro along the route, some small ice screws (12cm) and some mid-size ice screws

COMMENTS for the route "Pelmoon"

No comments found for Pelmoon 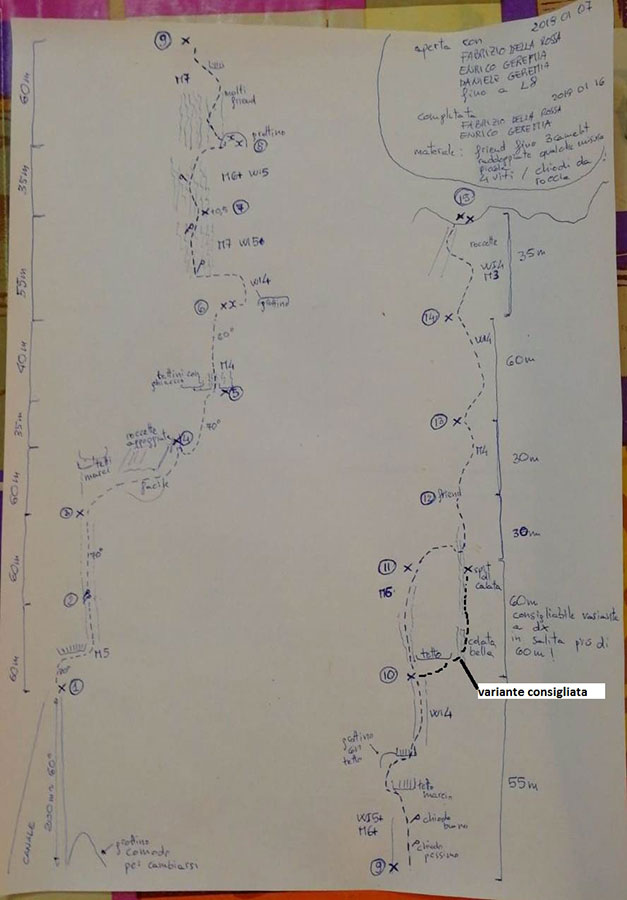