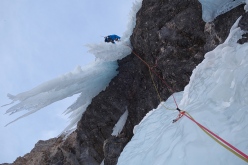 A really beautiful route to the right of La Piovra that offers some difficult mixed climbing. Something for experts. The first pitches that lead to the roof were climbed for the first time in 1992 by the brothers Cristoforo and Giovanni Groaz, who called the icefall La Strega. In 2014 Wolfgang Hell and Pavol Rajcan climbed through the roof and called their pitch Evolution. This then traverses right to reach the icefall La Piovra.

From Selva in Val Gardena reach the Val Lunga.

Walk up the valley and reach the base of La Piovra. Evolution starts immediately to the left 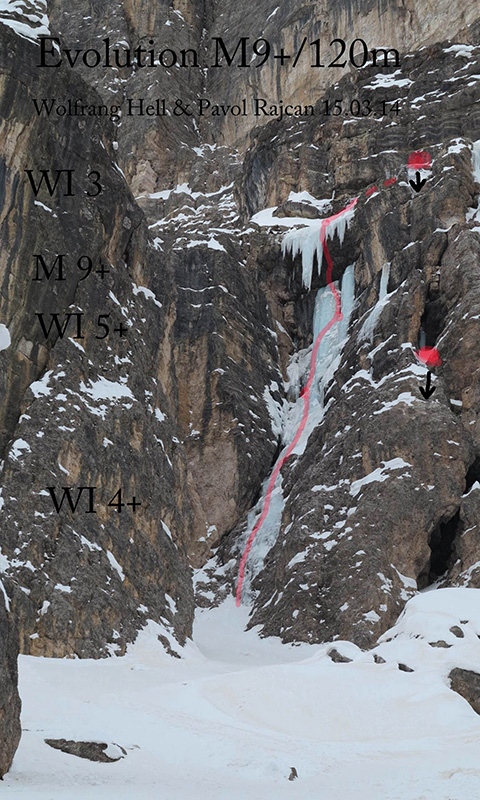