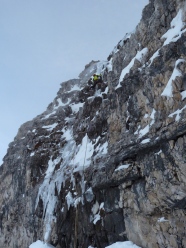 A "decidedly demanding" mixed climb, difficult to protect and  "for experienced alpinists only."

From the top of the cable car walk for 25m to Cima Grostè.

Abseil down the route.

The route on the right reaches the ledge and thread on the right. According to the first ascentionist Canella, these two pitches are difficult to protect. At 35m a nut has been left in-situ.

COMMENTS for the route "Brothers"

No comments found for Brothers 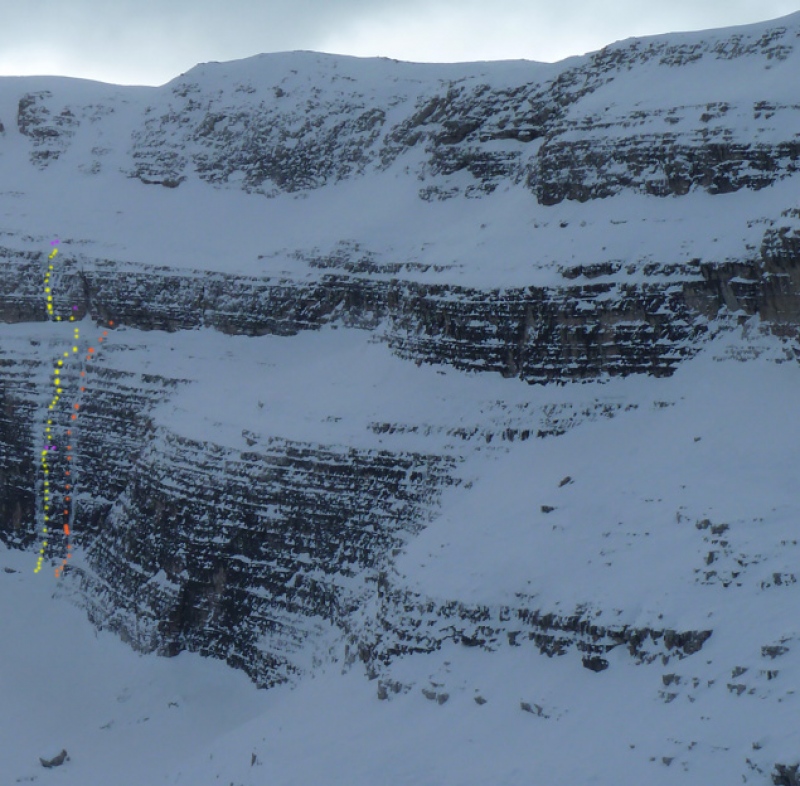