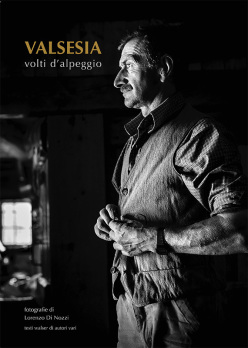 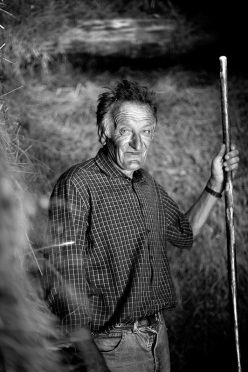 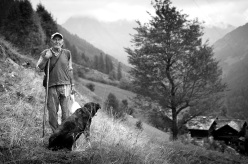 Interview with Lorenzo Di Nozzi, the author of Valsesia - pasture portraits, a book of photographs that documents the two-year journey with the shepherds high up in the Sesia Valley (Monte Rosa).

"Thoughts are free / Who can ever guess them? / They whisper past / Like shadows at night / No one knows them / no hunter kills them / and so it's certain / that thoughts are free." This Walser folk song, along with other poems, prayers and songs, accompanies the faces and pastures immortalised by Lorenzo Di Nozzi in this precious book. His journey lasted two years. A long undertaking, marked by encounters and sharing with the Walser population that inhabits the upper Valsesia close to Monte Rosa. Lorenzo Di Nozzi provides visions that arise from strokes of light, by moments during which those thoughts, ever free, materialise and unite man to nature. Those Pasture Faces describe a world. Thet have visions that talk that special language of soul and emotions. They remind us that something used to be and continues to be. hardship, and also awareness are written all over their faces. The photos talk about men and women, boys and girls, their dreams and their complete immersion into the landscape from which they draw strength and sustenance. And, between the light and the mountains, their eyes remind us that beauty lies within us and among us and, always, is connected to those thoughts that fly silently free.

Lorenzo what drove you there, up into the Sesia Valley?
A dream. Two, in fact... The first was to take black and white photos of people who love what they do. The second was to do something for the Sesia Valley, a place which I owe a lot to, where I learnt to love the mountains... thanks to my father.

How did this dream come true?
I once read that dreams, as they turn into reality, go through four stages: impossible, unlikely, difficult... and inevitable. This is exactly what happened to me: when my two desires met the project came to life, and I couldn't do anything but follow it, foster it until it was born.... I had no other choice. It was far removed from what I currently do (I'm a still-life photographer and mainly work at the theater). In retrospect, I realise that I often searched for the lighting and scenes similar to those on stage.

What did you discover along your way?
At risk of sounding banal, but the first thing that springs to mind when asked this question is Harmony. As you can easily imagine, the life of a shepherd is by no means easy; it's a choice that goes hand in hand with hard work, efforts and sacrifice. I believe it's these difficulties, which we are no longer used to, that enable a certain harmony to be found with nature, that magic balance with other beings. "Hard work" is a key that enables those who live in this reality to experiment and experience that splendid "sharing" which I admired and experienced throughout.

And what sort of "landscape" did you find?
First and foremost I'd like to point out that there's a big difference between "landscape" and "panorama". In fact, I believe that a "landscape", unlike the "panorama", includes man and the traces he leaves behind. Having said that, the landscape I was confronted with proved a life lesson. The shepherds in Alta Valsesia have handed down the teachings of their Walser ancestors, from one generation to the next. Despite technology they have succeeded in maintaining a level of consciousness that stops them from seizing as much as possible from the territory. A far-sighted use of the land and livestock that strives to maintain a balance between what you take and give back, between what you change and what you leave untouched (or at least they try to).