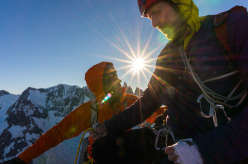 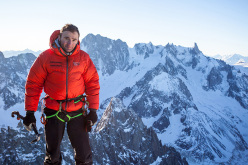 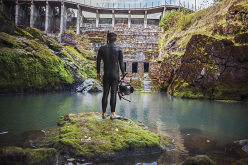 From 07/11/2014 to 31/01/2015 you can cast your vote online for the National Geographic Adventurer of the Year 2014. Nominees include Tommy Caldwell, Kit DesLauriers, Will Gadd, Wasfia Nazreen and Ueli Steck.

Just like every year the American magazine National Geographic has announced a small list of candidates who have been nominated for the prestigious People's Choice award. As the name suggests, this prize is decided by readers via online voting that runs through to Jan 31, 2015. Among those candidates who left their mark there are numerous names that are extremely well-known in the mountaineering community, such as the Americans Tommy Caldwell and Kit DesLauriers, Canada's Will Gadd and Switzerland's Ueli Steck.


Tommy Caldwell
, a climber from Colorado, who completed the first traverse of the Fitz Roy massif, the iconic skyline in Patagonia, Argentina, in February with previous Adventurer of the Year Alex Honnold;

Liz Clark
, an exploratory surfer from southern California, who has spent the last nine years living on a small sailboat and traveling across 25,000 nautical miles of the Pacific Ocean in search of remote swells;

Kit DesLauriers
of Wyoming, ski mountaineer, National Geographic grantee and first person to ski the Seven Summits (the highest peaks on each continent), who recently led a team of skiers and scientists to Alaska’s Brooks Range to measure the change in glaciers and establish baseline data for the region;

Aleksander Doba
, a Polish kayaker who, at age 67, spent more than six months paddling 7,716 miles across the Atlantic Ocean in what is believed to be the longest open-water kayak crossing in history;

Will Gadd
of Canada and Gavin McClurg of Idaho, who paraglided 400 miles over the Canadian Rockies to complete the longest-known journey covered in the air by a paraglider;

Ben Knight
and Travis Rummel of Colorado and Matt Stoecker of California, a filmmaking team whose documentary “DamNation” brought the topic of dam removal to the forefront of conservation efforts;

Wasfia Nazreen
, a humanitarian who has embarked on a mission to become the first Bangladeshi — man or woman — to climb and hula-hoop on all of the Seven Summits to empower her country’s women and girls;

Ueli Steck
of Switzerland, who set a new route in record-setting time climbing, solo, the south face of Annapurna in the Himalayas;

Erik Weihenmayer and Lonnie Bedwell, blind kayakers who kayaked 277 miles of the Colorado River through the Grand Canyon, relying on their precise sense of touch and sound.

To find out more and cast your vote visit: adventure.nationalgeographic.com