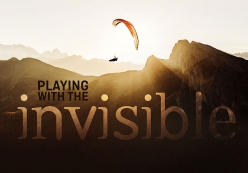 Autumn in the Dolomites and invisible air, seen through the eyes of champion paraglider Aaron Durogati in the audio story produced by Giovanni Spitale.
Photo by Storyteller Labs

PORTFOLIO / gallery Portfolio: Aaron Durogati's autumn in the Dolomites in an audio story. By Giovanni Spitale

Aaron Durogati's autumn in the Dolomites in an audio story. By Giovanni Spitale

Autumn in the Dolomites and the invisible air, from the point of view of the paragliding champion Aaron Durogati in this audio-story produced by Giovanni Spitale.

The audio-story Playing with the Invisible talks about a special point of view and a particular time: it tells the story of autumn in the Dolomites and tells it does so from the air, from the eyes of Aaron Durogati, the Italian paraglider pilot, mountaineer and all-round explorer. This is a delicate, intimate story, to which I immediately became very attached. I wrote it as the backbone for a film produced by Storyteller Labs which will be released soon, but when I reread it for the first time I thought about doing an experiment, playing a different sort of game.

We live in an era in which practically all communication we are exposed to is visual. Posters, videos, banners... Practically everything bombards our visual cortex, and this is a problem: as neuroscientists well know, if we see something then we stop imagining, and my imagination is not something I personally would happily do without. In my imagination every image is more intense and more alive, because it is truly unique and truly mine.

Playing with the invisible is a beautiful story, I told myself, and it is beautiful because of the sensations it evokes. How do I make people see through the eyes of their imagination the particular light of the most beautiful mountains in the world? How can I arouse not so much the impression, but the emotion of poetic paragliding flight, or the fast, precise and extreme darting of a small speedflying wing?

That's why I decided to try an old and new method: to go back to the roots of storytelling, understood in its literal sense of "telling stories": to tell them so that others can listen, while they are driving, or on the train, or while they just relax. Just listen: freeing the visual cortex, and therefore freeing the imagination, too

An experiment of this kind would not have been possible without the logistical, technical and creative support of Storyteller Labs, an agency I've been working with for a while: weaving sound and words together is a delicate and demanding job, and like any demanding job it's not something you can do on your own.

The result is already available on Spotify, Apple Music, Deezer, Itunes and other major music streaming platforms, and soon on our channel Soundcloud, where you can also listen to the Patagonia stories told by Matteo Della Bordella. Enjoy listening!